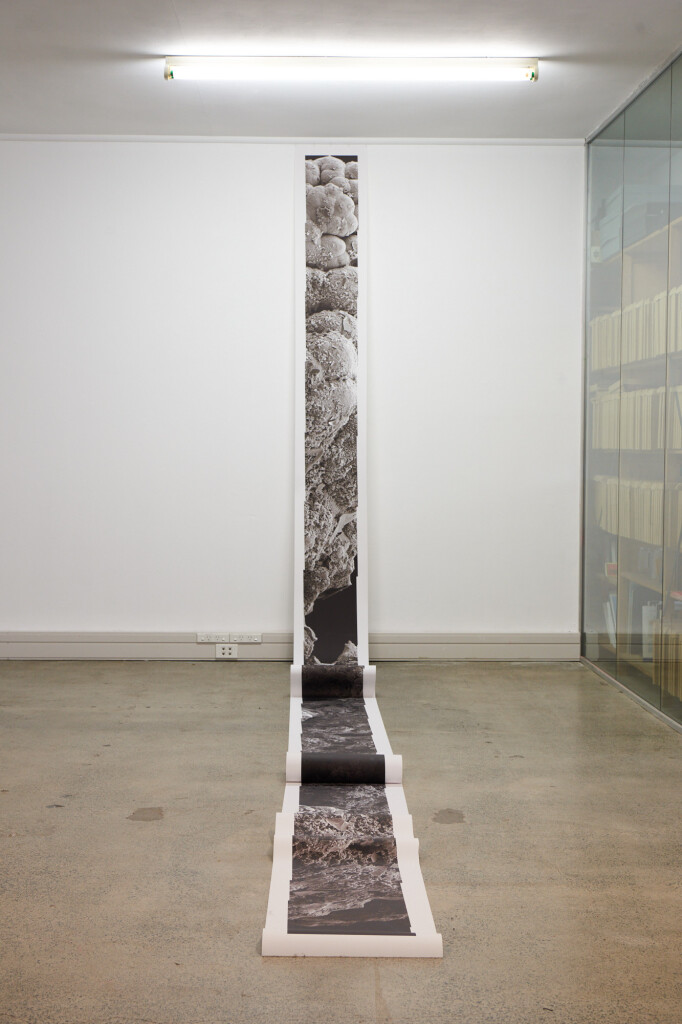 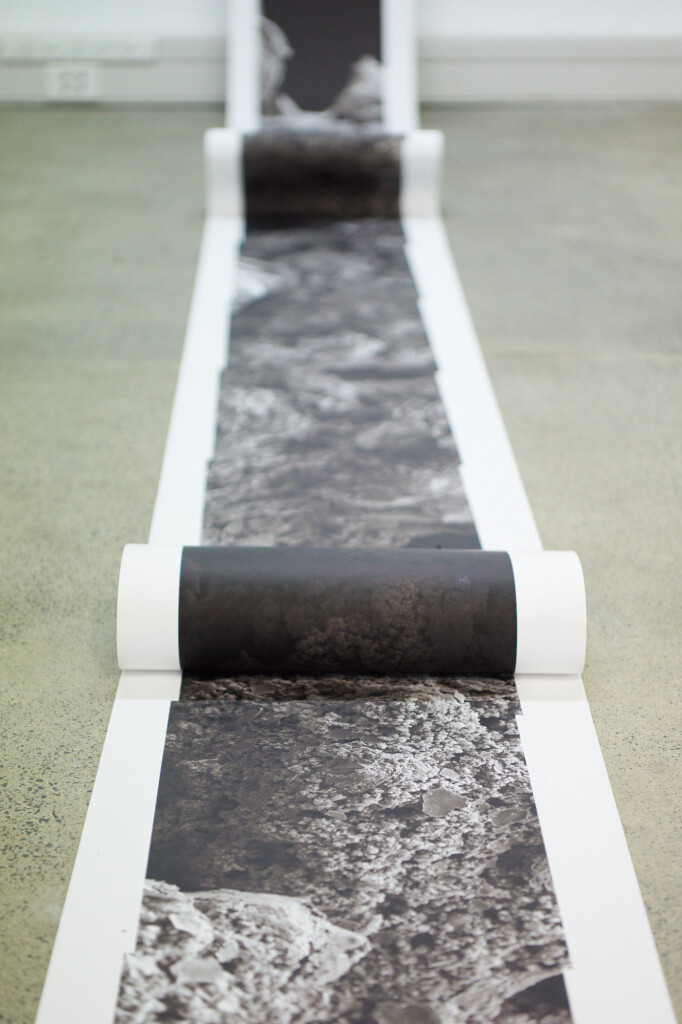 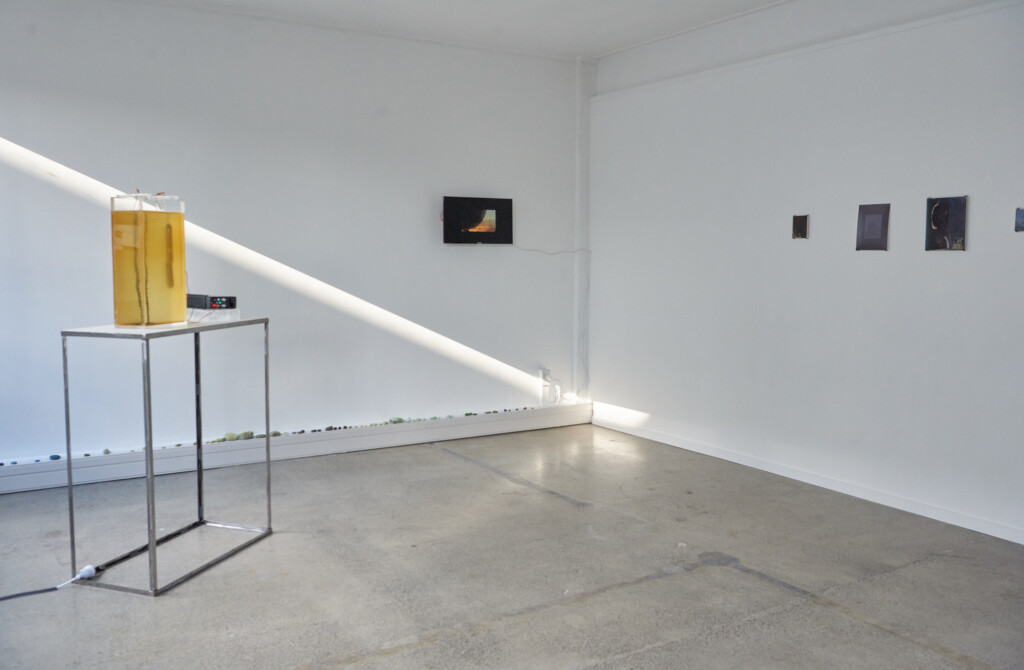 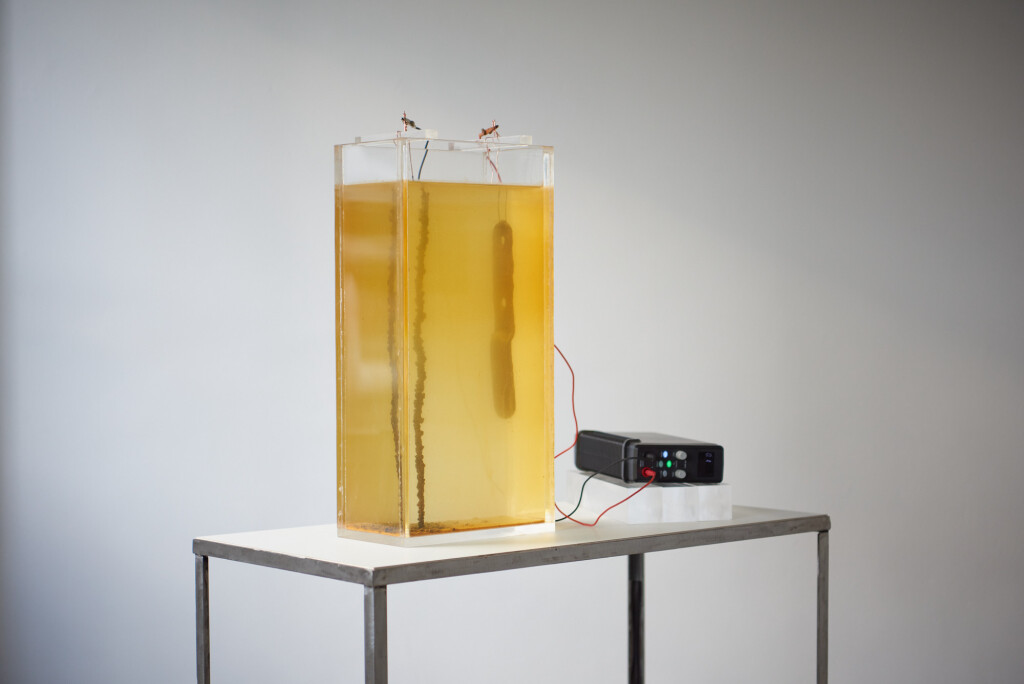 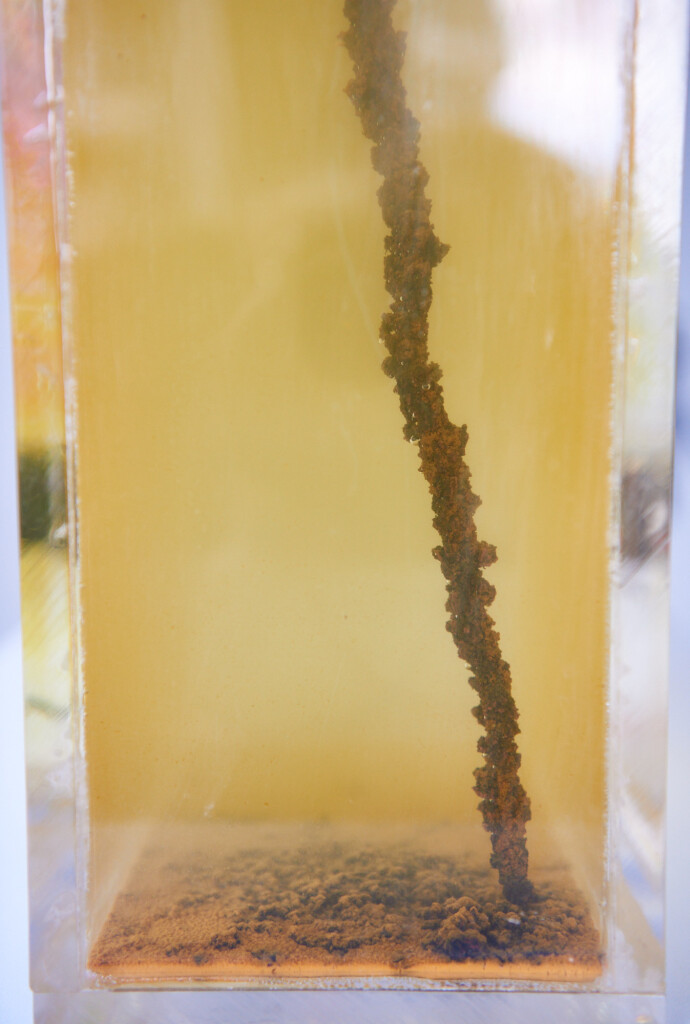 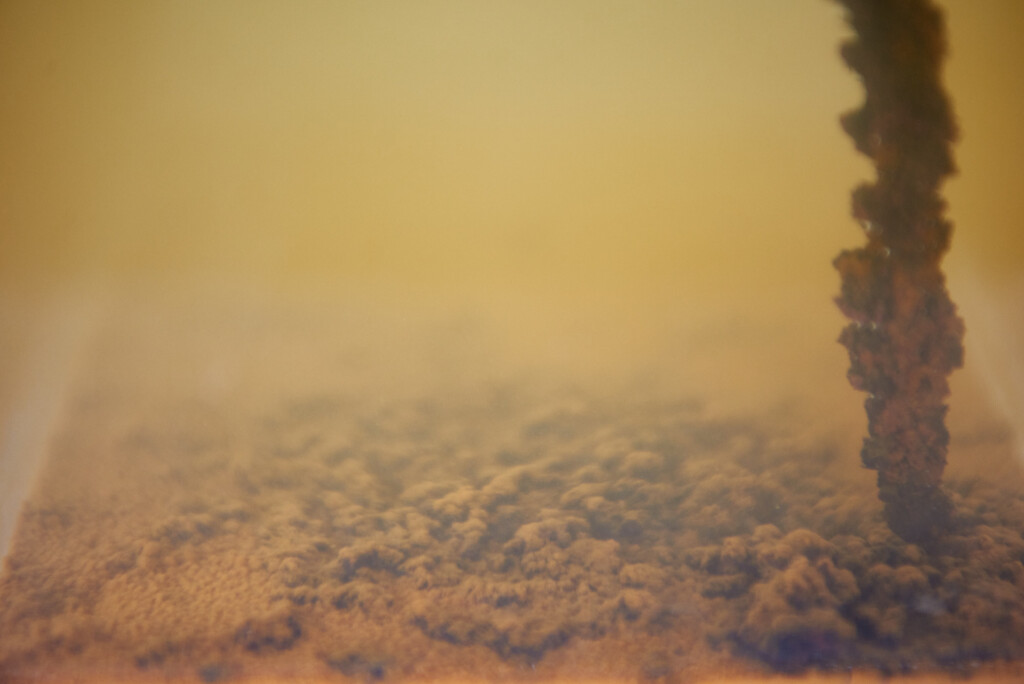 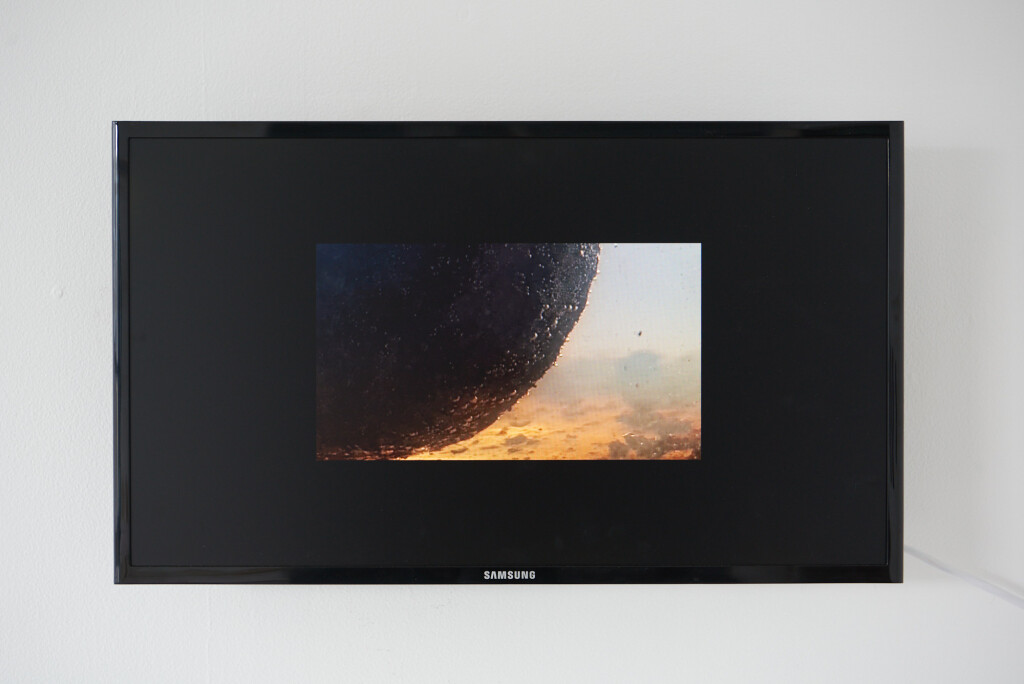 We live among expressive beings. Not just living entities, but all matter, all things tell stories, stories without narrative, stories that can be easily accessed or held so deeply that they are not able to be easily read. By being attentive to these stories, we become narrative agencies, able to tell stories and also to become active co-authors shaping the world. Metal can be seen as silent, inert and solid. But stretching out the timeframe or changing the scale can allow the tendencies and transformations of metal to speak. Whispers of unseen forces, timescales unimaginable to us and deep geological landscapes – listen to the scratch-scritch. The whispers become louder and more insistent as metal tells of extractive colonial economies, of lands and peoples, of complicity.

The three works in From things flow are of iron, the most adamantine of metals. Inside the tank, iron ions move invisibly across the salty bath, reforming themselves, accreting in their own patterns and shapes. An electron microscope reveals to our limited eye the complexities we are unable to see unaided. By using scientific processes like these I hope to flip and use knowledge gathering as a way to think with, rather than about.

How can listening for and participating in these stories help us to consider our relationship to the Earth and its gifts? Can carefully attention to earthly materials prompt a wider consideration of those others that are outside ourselves?

Pitch-dark it was—old Qfwfq confirmed—I was only a child, I can barely remember it. We were there, as usual, with Father and Mother, Granny Bb’b, some uncles and aunts who were visiting, Mr Hnw, the one who later became a horse, and us little ones. I think I’ve told you before the way we lived on the nebulae: it was like lying down, we were flat and very still, turning as they turned. Not that we were lying outside, you understand, on the nebula’s surface; no, it was too cold out there. We were underneath, as if we had been tucked in under a layer of fluid, grainy matter. There was no way of telling time; whenever we started counting the nebula’s turns there were disagreements, because we didn’t have any reference points in the darkness, and we ended up arguing. So we preferred to let the centuries flow by as if they were minutes; there was nothing to do but wait, keep covered as best we could, doze, speak out now and then to make sure we were all still there; and, naturally, scratch ourselves; because—they can say what they like—all those particles spinning around had only one effect, a troublesome itching.