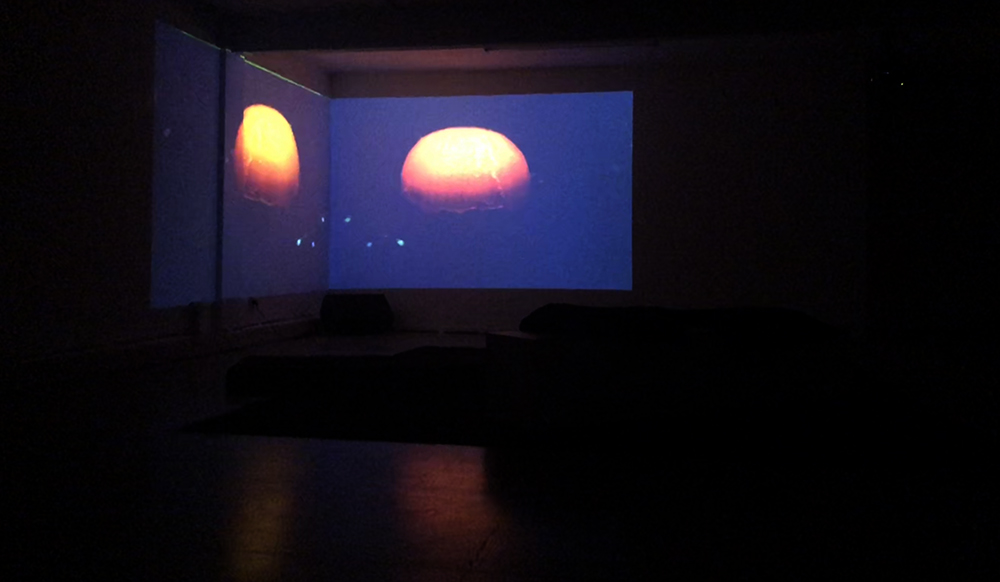 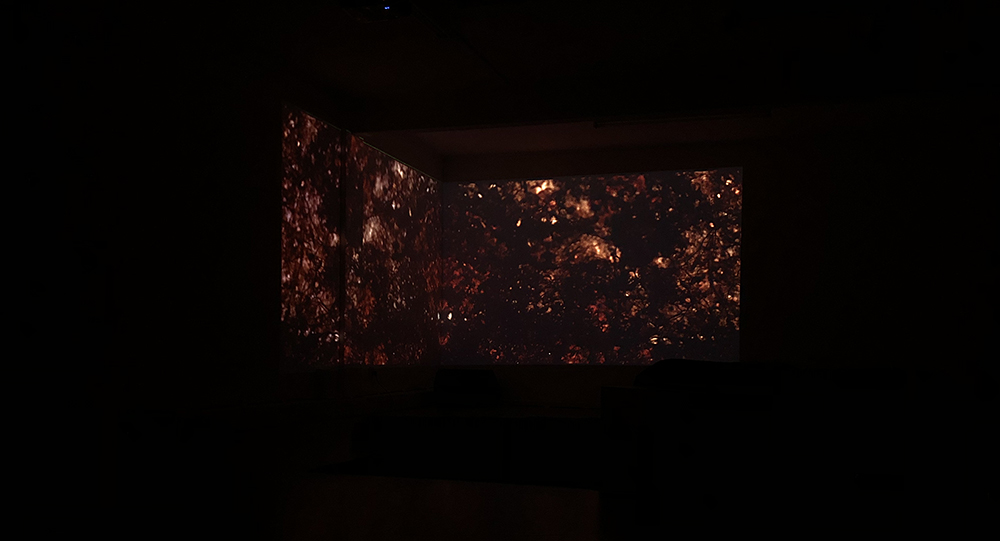 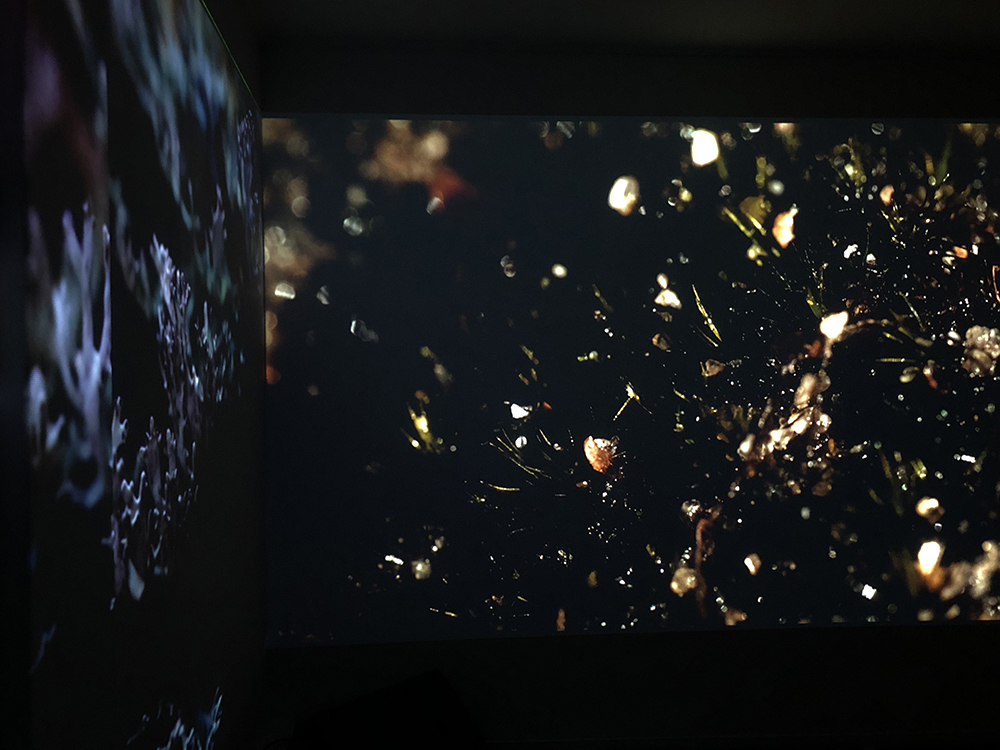 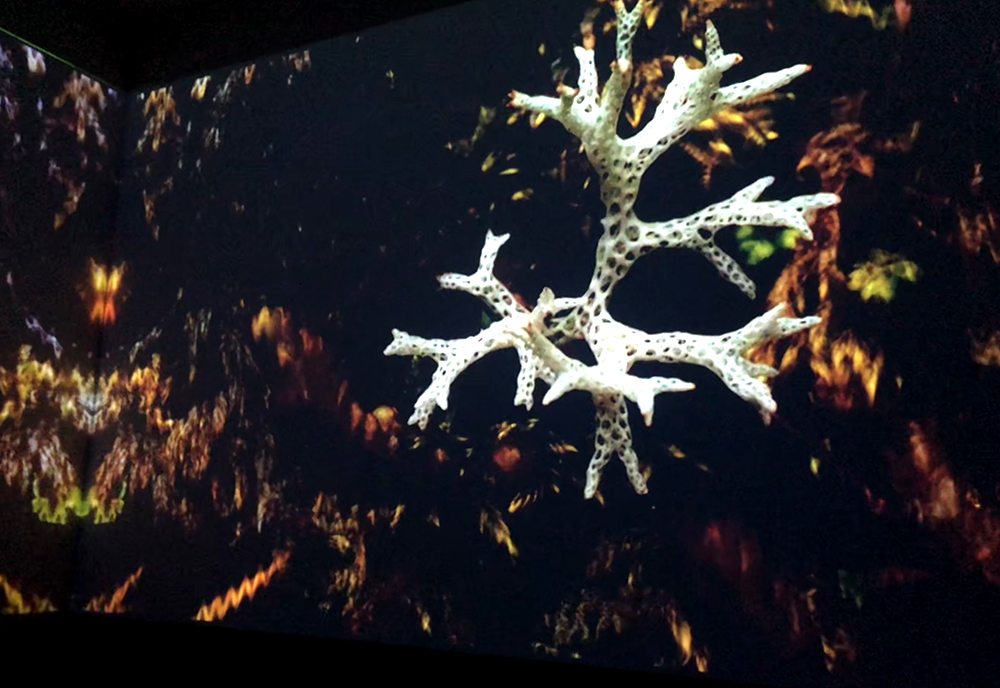 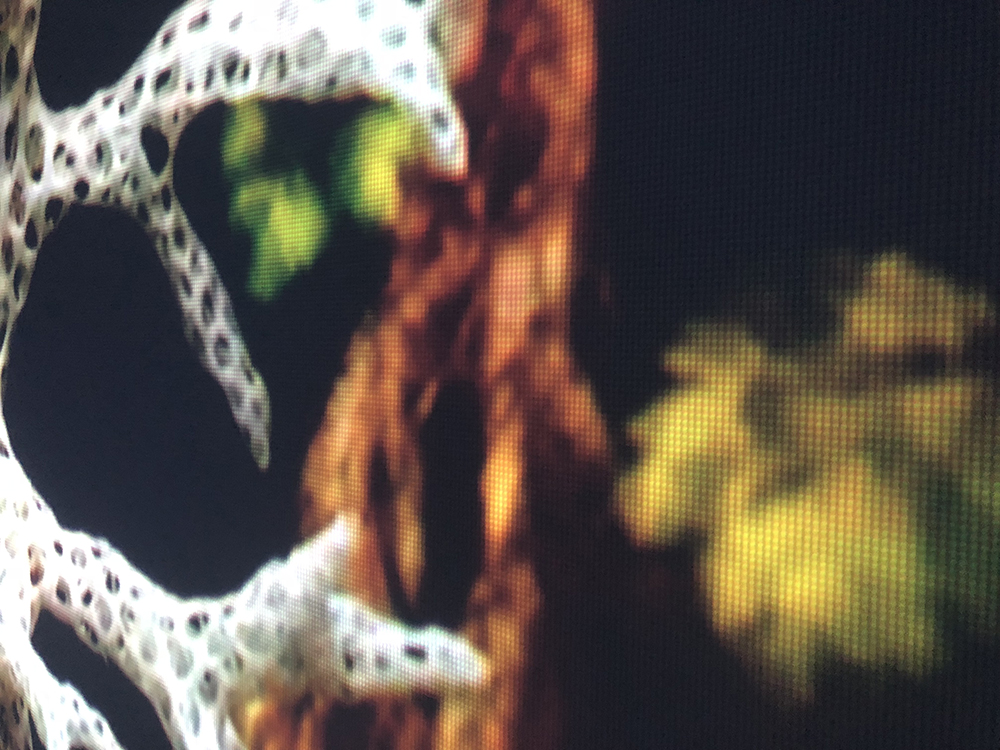 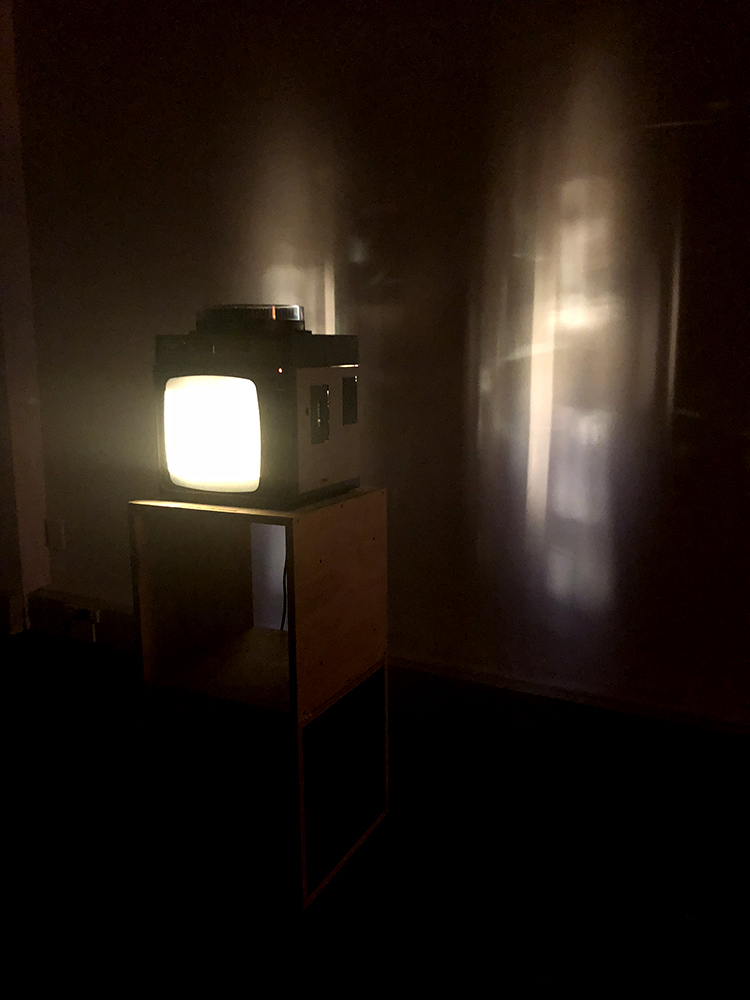 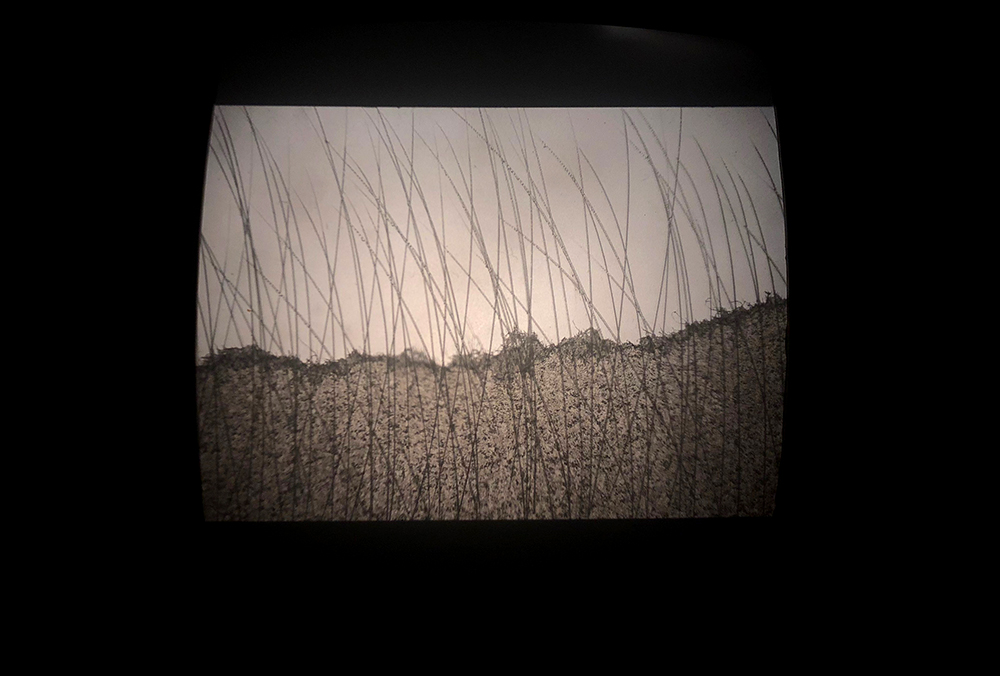 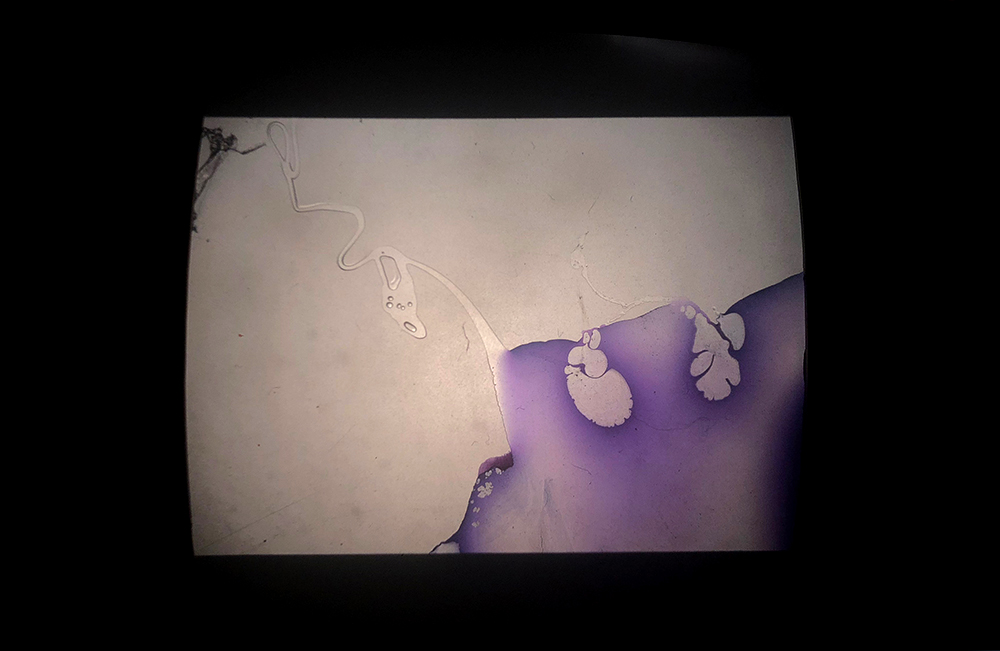 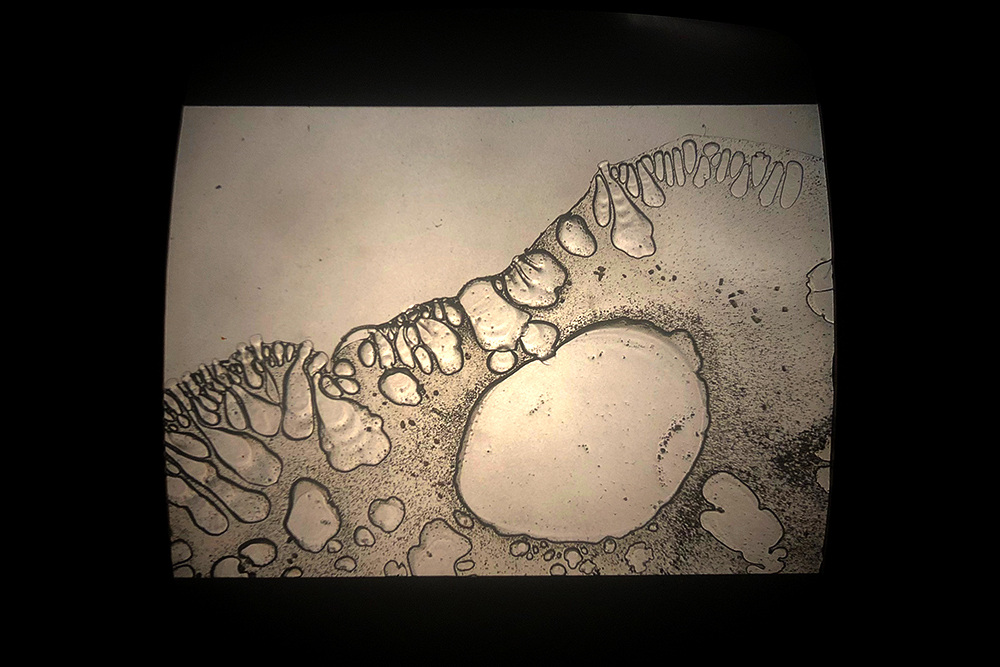 Our experience of the world around us is often mediated by technology, which contributes to the idea that humans are separate from nature. In The Entities, artists Sarah Callesen and Shelley Simpson use visual and audio recordings to construct a ‘natural’ world, exploring relationships between human and non-human, natural and artificial, culture and nature. All recording is subjective, mediated by both humans and technologies used in the process. The Entities considers the role of each player within the communication system – where each offers its own affect.

Simpson has created photographs of forest floor worlds in the temperate bush of Rakiura, Stewart Island – an intense, remote environment mostly devoid of human activity. We generally perceive events that occur at human scale, not too big, not too small. We can extend our perceptual range using technology. Scale shifts, time slows. The images are presented as a two-channel video work scaled up to an immersive size. Subtle animation augments the imagery, bringing attention to the sense of process, of visibility, of observer and of mediation.

In response to the macro imagery, Callesen presents an accompanying sound piece that considers change in sound at a qualitative scale, rather than in loudness. Echo and reverb are tropes often used in film to exaggerate the sound of small things. Natural history documentaries often apply imagined sounds to visual footage, particularly for small fauna such as insects, which are too minute to capture with existing technology. Designed sound in film, television and now virtual environments, continue to fabricate what humans imagine unheard phenomena to sound like. Callesen has used designed planet atmospheres and other constructed sounds sourced from stock libraries, as well as manipulated field recordings taken by both artists.

In contrast to the digitally produced video and audio, an analogue slide machine opens conversation about past and present technologies used for generating and communicating content. The slides are drawings made by hand using ink, pen and scratches onto acetate. When magnified, these small abstract marks allude to expansive imagined lifeworld environments.