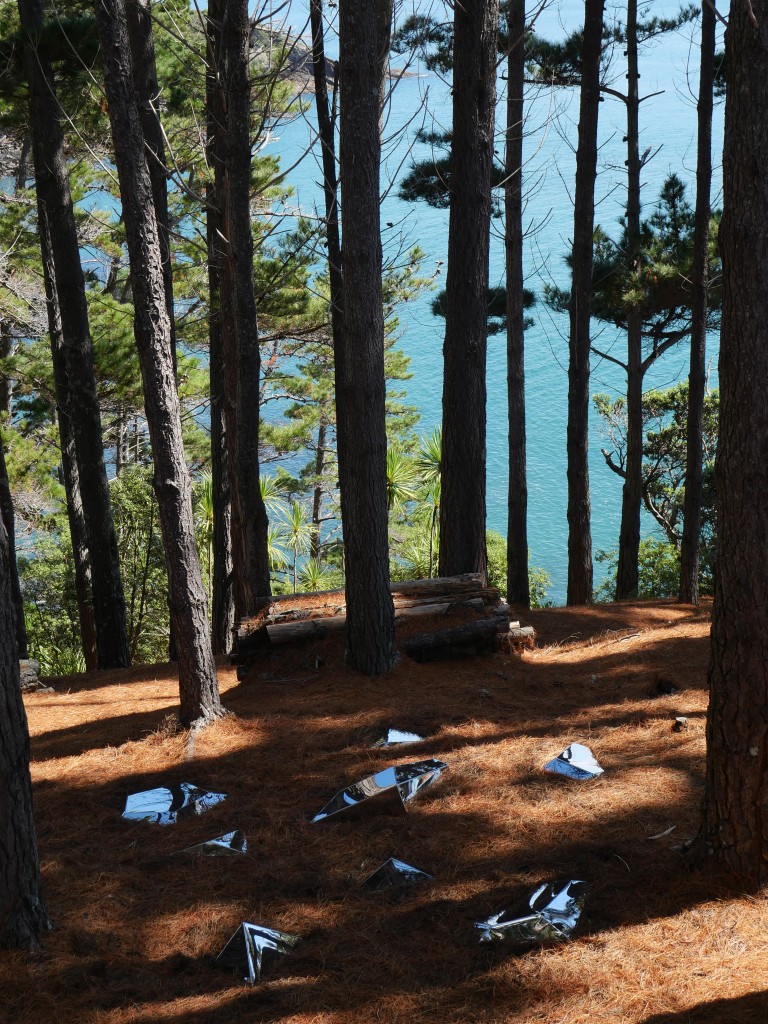 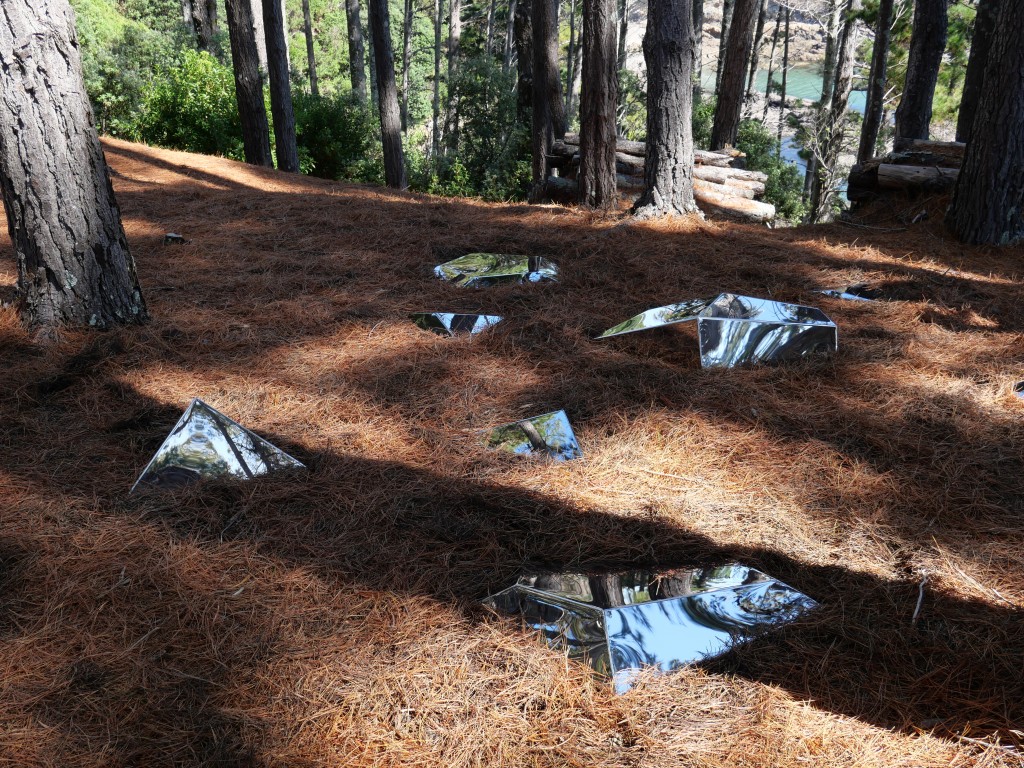 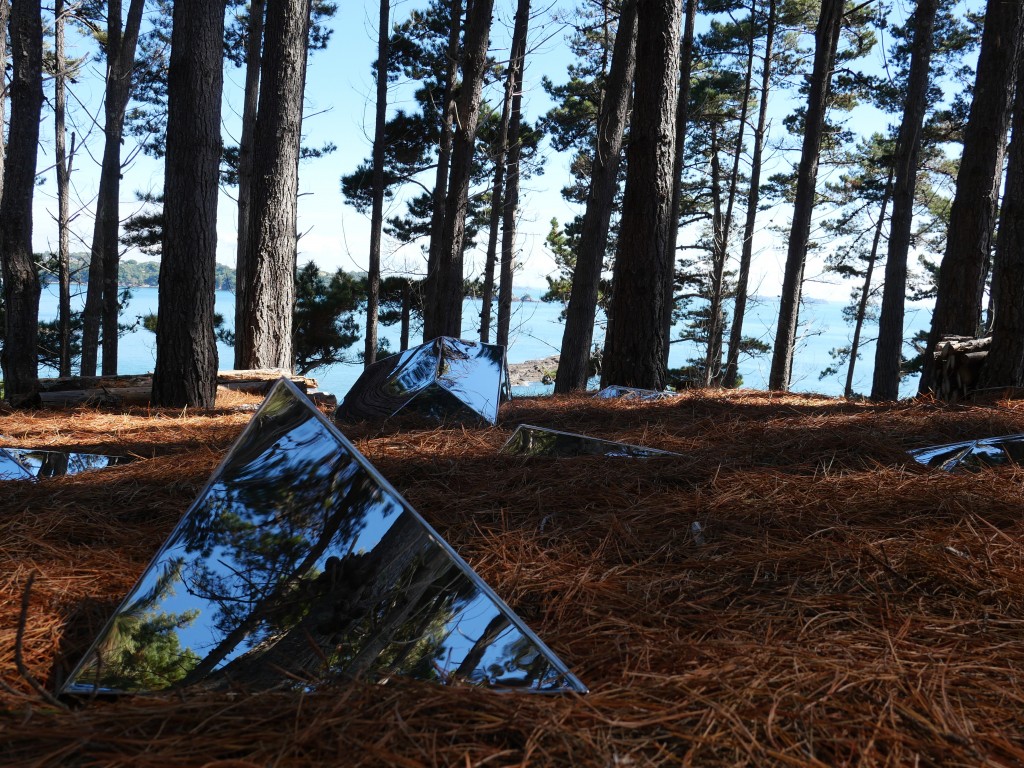 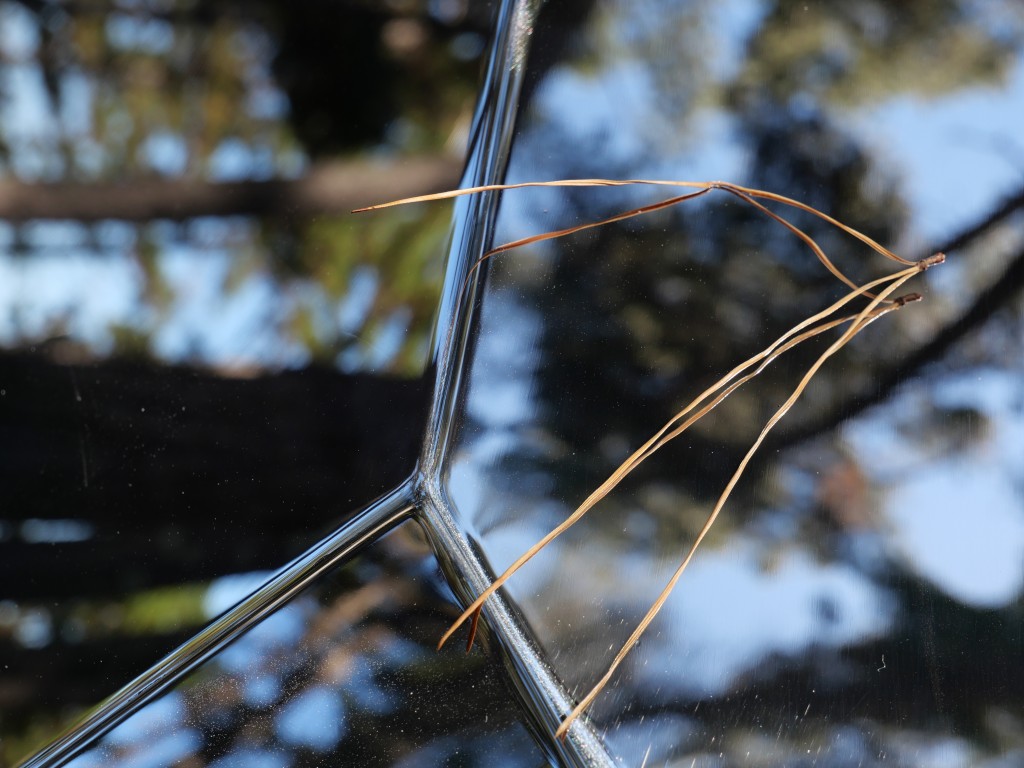 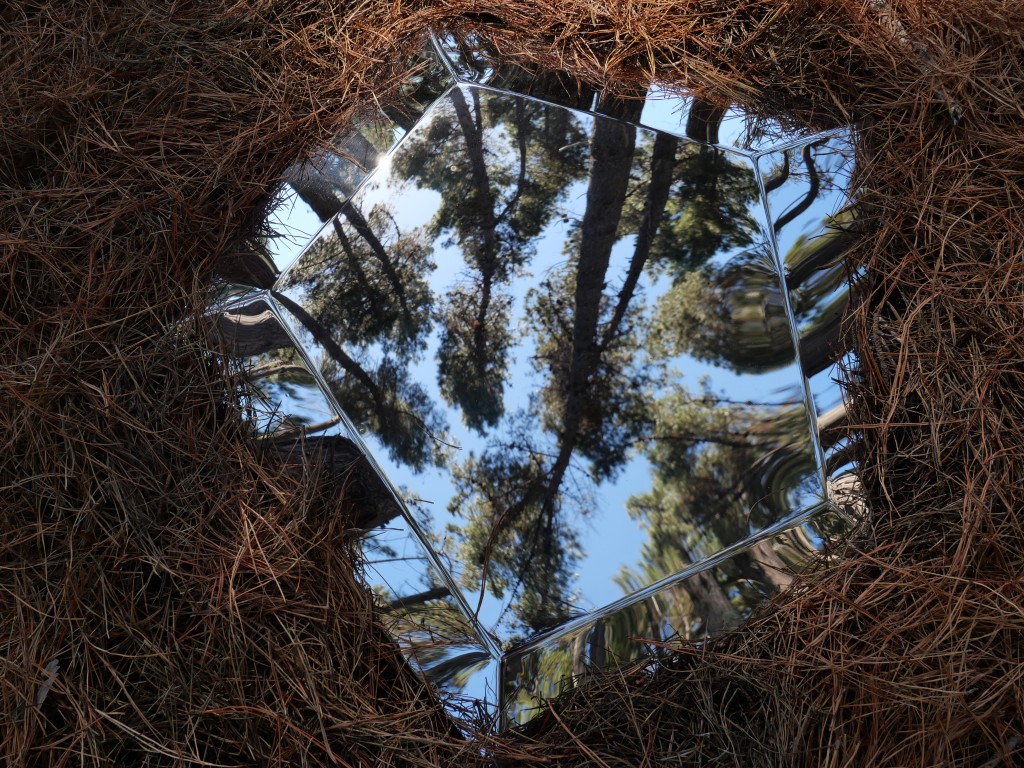 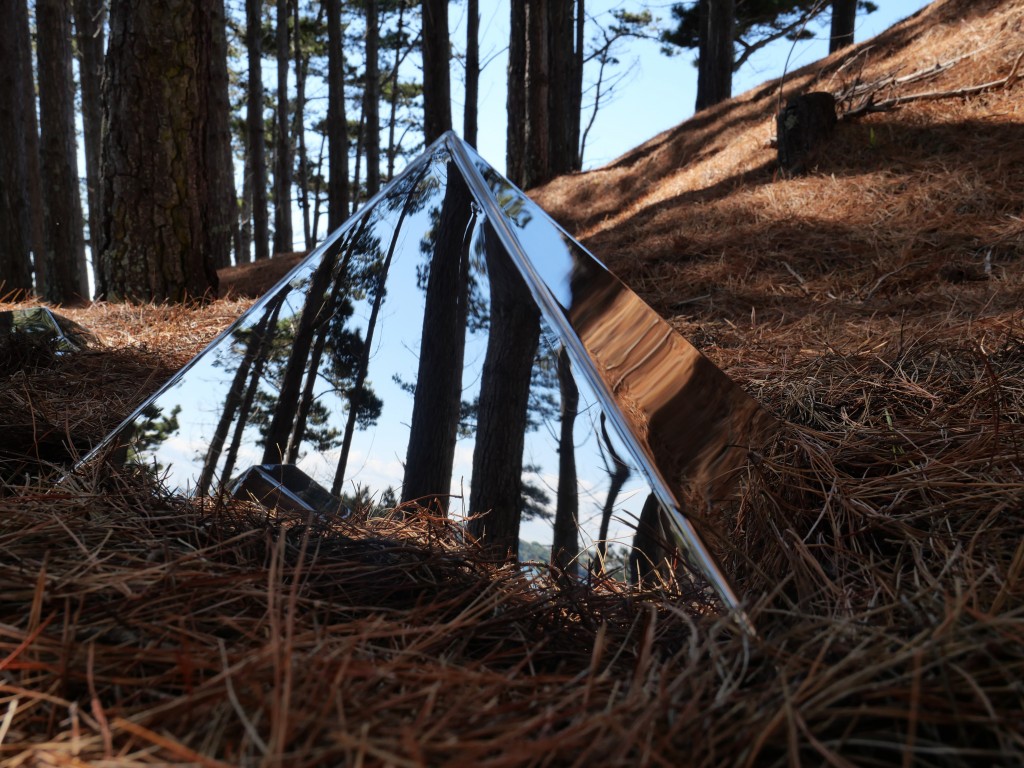 Boundaries are difficult to define. Walls are notoriously permeable. Even the most adamantine of material proves porous. Steel rusts; earth moves, water flows, wood warps and rots. Where one state meets another; where the inside of the body meets the outside, where the underground meets the upper, where the water meets the sky, a constant movement of molecules blurs the edge, sometimes only noticeable by shifting scale in time and space.

In Hoax, points, corners, fragments of a larger whole have emerged through the soil and debris of the forest floor. Either the land is eroding, revealing the object, or the object itself is moving, pushing up and through and out. The surface of the visible pieces is super shiny, reflecting the sky and the forest and at times, the viewer. The light bounces and slides, the metal liquid, alive. Sitting in a quiet, shady grove of exotic trees, the low modest angular shapes are a discovery, presenting themselves with a gentle insistence, the light they reflect increasing their ability to hold the space.

In 1852 it was announced that gold had been found on Waiheke. £100 had been offered to anyone who found gold on the Island, and a policeman named Merrick was claiming the prize. An investigation team (including two policemen and a geologist) set out to the Island to see whether the claim was legitimate, only to find that it was not, and the event became known as the ‘Waiheke Gold Hoax.’